When a traditional premiere is no longer an option, more and more Hollywood productions are turning to Live Nation Special Events for a legendary debut.

The latest production to approach Live Nation Special Events was Hard Kill, an action-packed thriller with an A-list cast and a nationwide theatrical release. With a series of successful drive-in movie premieres already under its belt, Hollywood Palladium was the clear choice to host Hard Kill’s big night.

Thinking outside the box (and outside the venue) is the first step to executing an amazing drive-in movie premiere experience. Hollywood Palladium collaborated with the Hard Kill team to understand their vision, then immediately went to work repurposing the venue’s outdoor space to deliver an epic event.

State-of-the-art sound and production are the hallmarks of Live Nation Special Events, and the Hard Kill premiere was no exception. Hollywood Palladium created an immersive viewing experience for guests. The movie was displayed on a huge video wall, and sound was delivered directly to viewers’ vehicles via FM radio frequency. The venue’s experienced production team even tested and retested every inch of the parking lot to ensure a crystal clear signal. Unique enhancements, such as light towers throughout the lot, intelligent lighting over the stage and a smoke machine created a total theater-like atmosphere for guests and transformed the lot to a premier space.

Like any major premiere, the event had to strike the perfect balance between flawless viewing

experience, and distinctive branding and promotion. Fitness beverage giant and major sponsor Reign Total Body Fuel was showcasing a new-drink line at the premiere, and Hollywood Palladium ensured that they had their share of the spotlight. Reign Total Body Fuel was stationed right past the “drive and repeat” set-up carpet, a premium location to hand out ice-cold beverages to guests. The staff had branded tents and stands and wore gloves and masks during distribution. 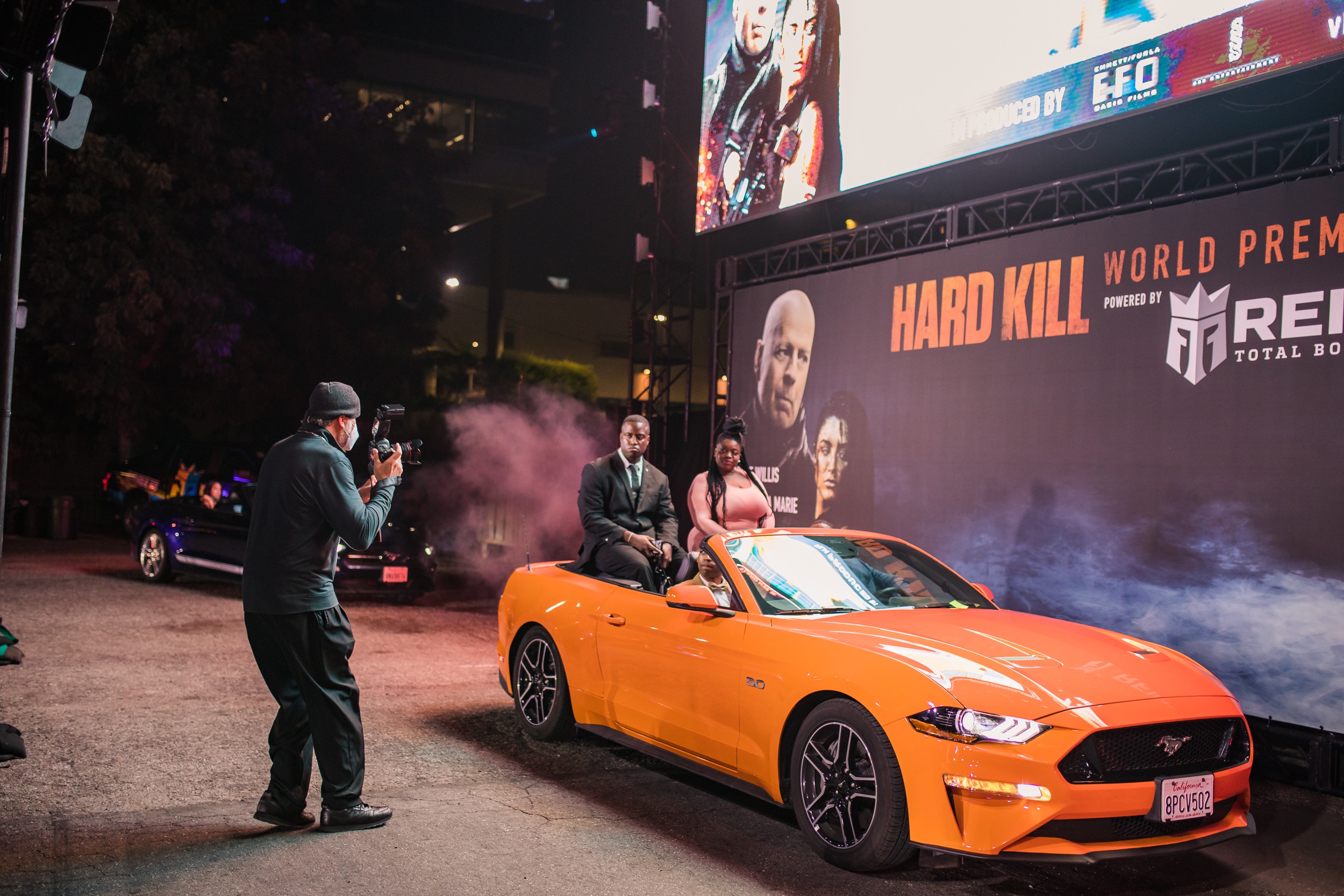 A Leader in Safe Events

The health and safety of the crew and guests were a top priority. Protective measures were put in place like temperature checks and health assessments for all staff upon arrival, face mask requirements for everyone on-site, and several hand sanitizing stations placed in high traffic areas. Restroom area lines were clearly marked, with staff monitoring line size per Los Angeles Fire Department requirements. High-touched areas were cleaned throughout the premiere by Hollywood Palladium’s dedicated cleaning crews. All safety guidelines were shared with guests ahead of time through email, in addition to being displayed on LCD monitors throughout the event space. Tickets were digitally scanned from phones creating a touchless entry and touchpoints.

Along with Live Nation’s clean and compliant venue protocols, Hollywood Palladium worked closely with Los Angeles City, County and Fire Department to ensure their local rules and regulations for staging a Responsible Event were in place. Hollywood Palladium has the relationships in place and the experience needed to navigate the entire process.

The Hard Kill drive-in premiere was more than just an epic night, it was a celebration of the movie industry’s resilience. Guests were thrilled to be out again (despite a few new rules) and Hollywood Palladium was happy to put a film like Hard Kill at center stage. The amazing synergy between the venue, the production team and the sponsor was there from start to finish.

Learn more about how you can book a drive-in premiere with Live Nation Special Events today!

Back to top
close